Sure, Friday night sucked with only M*A*S*H on for comfort. 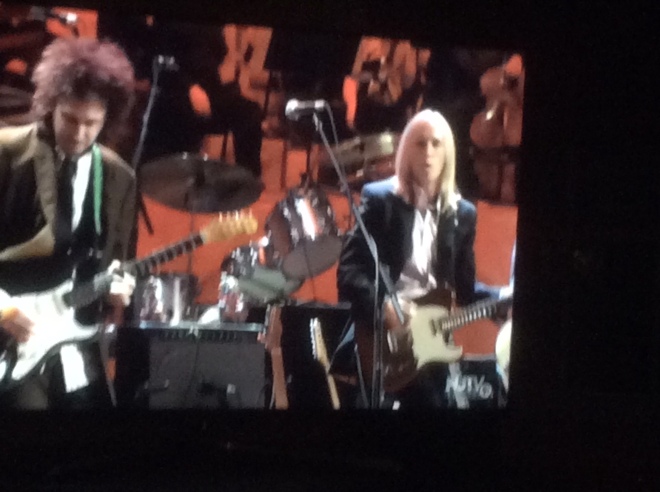 Thanks to my PBS station, I am catching a rerun of the “Concert for George.” The friends of the late George Harrison got together on the one year anniversary of his passing, as a salute and fund raiser to my favorite Beatle.

Mind you, I grew up a Simon and Garfunkel, David Cassidy, Osmonds, Jackson 5 , Bobby Sherman fan. Like everyone else, sure I liked the Beatles. I mean who didn’t?

It wasn’t until the first time I caught this concert that I realized how much I enjoyed George’s music.It was 2002 when they played the concert in Royal Albert Hall, and it was tremendous.

The late Tom Petty was on the stage playing “Taxman” and Traveling Willbury music. It was so enjoyable, and bittersweet now that they are all gone. My favorite song, “All things must pass” was done to perfection.

I know there’s a lot going around about the James. Cordon carpool spot featuring Sir Paul McCarthy right now, and I thought it was excellent, but this concert had secured George’s spot in my heart.

Happy to be in on this first rainy Saturday night of Summer 2018.