I am watching the funeral coverage of President George Herbert Walker Bush, 41st President of the United States. As I watch, I realize my age in Presidencies. 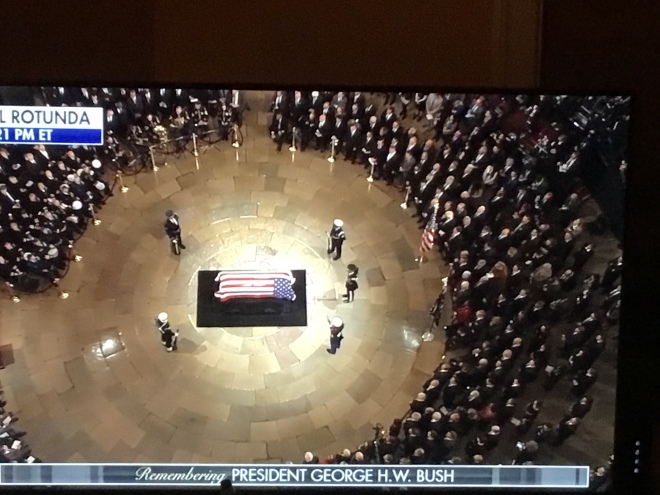 I was born during the end of the Eisenhower administration. I have a vague memory of the drums on a black and white television in November of 1963. I remember, either via radio or television,the passing of Eisenhower, Johnson, Nixon and Regan. It shocked me today to realize Jimmy Carter, Bill Clinton, and Barack Obama are the only three former Presidents still alive. 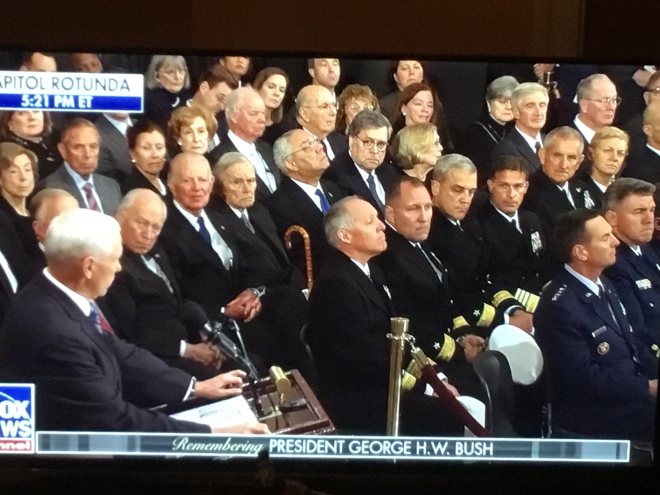 I am blessed to be an American, but even more so that my mind still remembers these historical moments. As a history major, it makes me more cognizant of the passage of time. I may never jump with a parachute as the late President Bush did, I intend to savor every moment.