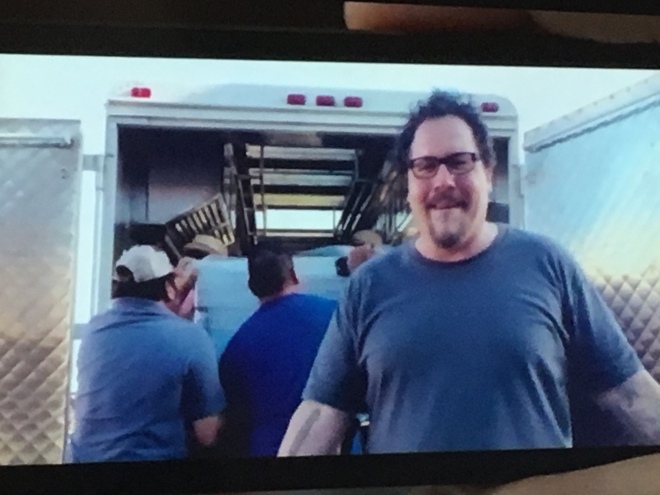 Obviously not box office gold, I am watching it on Showtime.

If you had any food preparation background, fancied yourself a pretty decent chef thanks to Food Network, or just like to eat, well, you’ll like this movie.

Starring Jon Favreau, Scarlett Johansson, Dustin Hoffman, Oliver Platt and Sofia Vergara, John Leguizamo among others, “Chef” is a good family ( kind of) movie. It gives you food for thought. 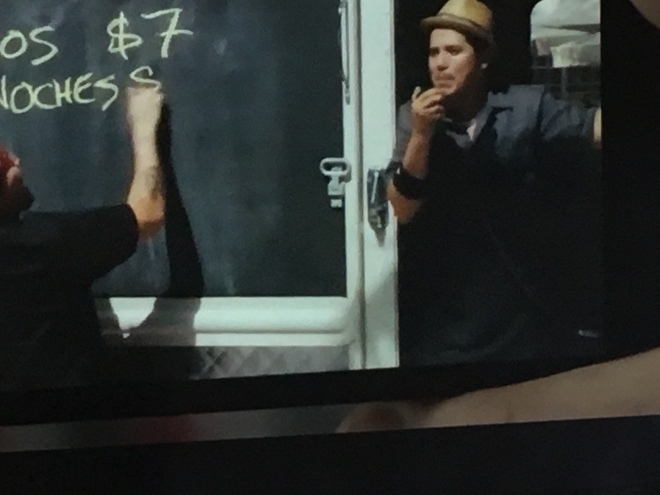 The only problem with this film? The whole thing made me hungry.😁

Do yourself a favor: don’t miss this wherever you can catch it. It was awesome !

…getting ready for the holiday.

My nephew, Greg, is due to visit this coming Friday for the weekend.I have gotten the polar fleece sheets ready on his bed, but have also been using that room to store Christmas presents in so I guess I have to get busy wrapping.

I finished decorating the front porch,as I had a batch of green garland left and figured I’d wrap it around our wooden bench.It actually looks pretty good-all that’s missing is Santa Claus!

Managed to get an oven stuffer roaster in the oven, but no chance of me starting my annual chocolate covered pretzels for our neighbors.Maybe it’s the couple of loads of wash I squeezed in or dog walks….

Well, I still have Monday, Tuesday, Wednesday and Thursday, right?

Allegedly two tornadoes were in the vicinity yesterday. It sure felt that way and the power is still off!

I have been cooking off food this morning to save it: if it works I’ll let you know.Windows open and we are happy at any breeze going our way.

Now if we could only get the power that’s been off since 3:30 yesterday, the girls and I will be happy. 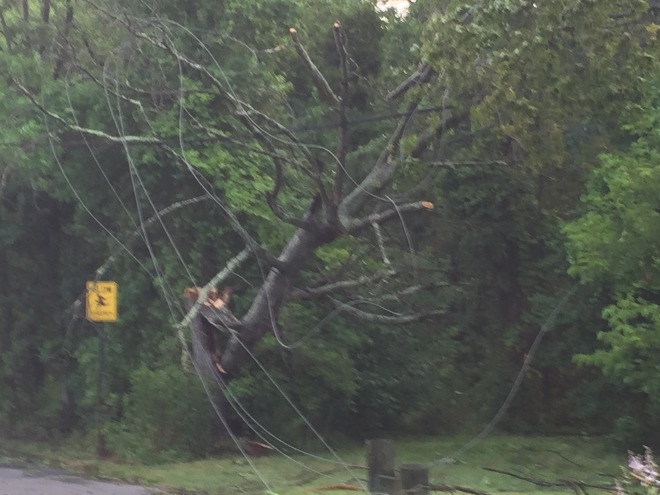 …to Cutthroat Kitchen, which is a product of the Food Network.

I really enjoy the show. There is rarely a time that I miss it, and imagine my shock when I was looking over Netflix and seeing the first two seasons of Cutthroat kitchen.So taking advantage of doing things in the house today, like roasting a turkey breast, I have been doing a marathon of Cutthroat Kitchen.

Don’t get me wrong. I am not a chef by any means, nor am I a good cook. A decent cook, maybe, but good is not a word that I feel would appropriately describe me.Watching this show with the professional chefs and even the occasional home chef, I get to learn the little tricks from them, and see the mistakes that they make.

Perhaps some day, I’d be more comfortable cooking and feel that I am “good”. but for now, I am a disciple of Alton Brown and Cutthroat Kitchen.

I am watching Worst Cooks in America on the Food Network.

I have never watched something so sad and funny at the same time.The people are supposed to follow what the chefs show them to do, and it’s crazy.I mean maybe I was fortunate that I like to try to cook and bake, because these folks on the show have genuine fears about certain issues of cooking, such as starting grease fires, and on the flip side, someone flips out because they have to deal with raw tomatoes and raw onions.Some of the contestants are making strides as they go along and some, well, let’s just say that I am waiting for them to be knocked off this week.

So Mom and Dad? If you read this from your heavenly clouds, thanks for teaching me some basics and encouraging me.If I hadn’t been, I might have ended up on this show!

A friend of mine gave me an idea for the “pork” based New Year’s Eve party.

I made barbecue beans,which have ham and bacon in them, along with some vegetables to
balance it out. I’ll be babysitting it through the night and it’ll go with us to the party tomorrow.

No matter where you go or what you do, I hope your New Year’s Eve is a safe and happy one.
I thank you for following Thereisnosanityclause and hope you check in with me in 2014.

Jim and I are invited back to see our former neighbors and participate in a new year’s eve party thrown for the block. The theme is pork…

Which is great for those with working ovens, but hey, I have to figure out something quick( I am working until 5)and pork related.It’s kind of strange because we really don’t intend on staying there long, but you have to bring something.

I’ll keep you posted on what I end up bringing… 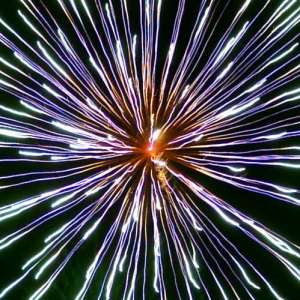 I miss cooking and baking.

I am surrounded by women who are constantly throwing out cooking ideas and recipes.

The new house is under construction and the house I am currently in has a range and microwave
but no working oven. It feels so odd not to be able to do what you’d like. Multiply that
by the fact that I subscribe to the Food Network Magazine and A Taste of Home and see their
recipes and I mark the ones I’d like to try…..

So to follow-up on yesterday’s post, the web, being a curse and a blessing,had me icing my sore hip last night and early this morning.It helped alleviate the discomfort a wee bit, but…

Who did I find while I was icing?

Yup, Martha was on PBS at 3am with “Martha’s cooking class”…the things they have on television at that hour…lol.

I was a big Martha fan back in the day, when I was younger and the Food Network was only a twinkle in Comcast’s eye.I watched her show, I had her cookbooks, and subscribed to her publication, Hey, I had to: after all, wasn’t she a Polish girl who made good? I figured maybe some of that Polish karma would rub off on an ethnic sister…lol…as Martha’s motto went.” It’s a good thing.”

It is amazing how the Food network ran over her, and the fact that she had some time in prison certainly gave FN some leverage.Funny, but I remember when she was on trial, and thinking her image was shot in my mind.Yet this morning, here she was, many Imclone years behind her and probably a facelift or two in her wake.Have I missed her? Not really. She will always have played a part in developing my culinary interests, and this morning, she gave me a quick trot down memory lane. 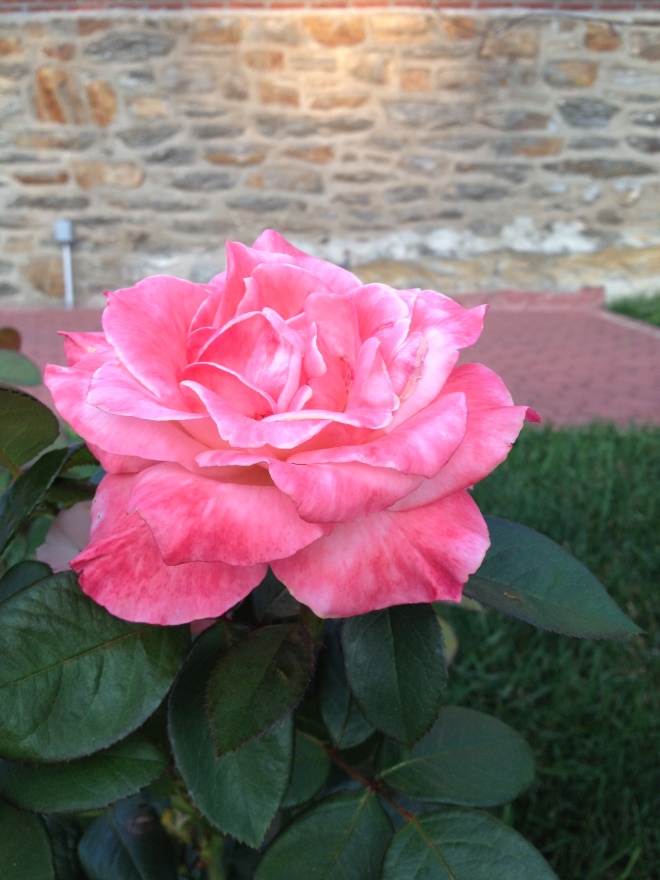 So far,5 days in, it hasn’t ceased to fail my expectations.

The thought of walking to public transportation in the heat, coming home in the heat, hah..what’s cooking unless it’s cool?Back in the old days I’d go to the local recreation center to swim, but that’s a leisure I don’t have time for any more.

Today the girls are on their second dose of their medicine, which, hopefully, will have them feel better.
They are at home sleeping in front of the air-conditioner.If they are indeed my fur girls, we all will have gentle summer breezes on our mind, not those thunderstorms that my Zusher hates.

On the bright side, I went past my neighbors roses this morning. It made me smile.

Since I have not made Thanksgiving since Mom got sick, I miss one thing-leftover turkey

We are fortunate.My sister-in-law is kind enough to have us over.We see Shingleman’s family there and it is good to have the interaction, as you miss folks you don’t see as much.

The trouble comes on Friday, when I am scheduled to work. I have my growling stomach at lunchtime. No, turkey breast luncheon meat won’t cut it- not that I’d have any in the house.
I mean a leftover turkey and cranberry sandwich, 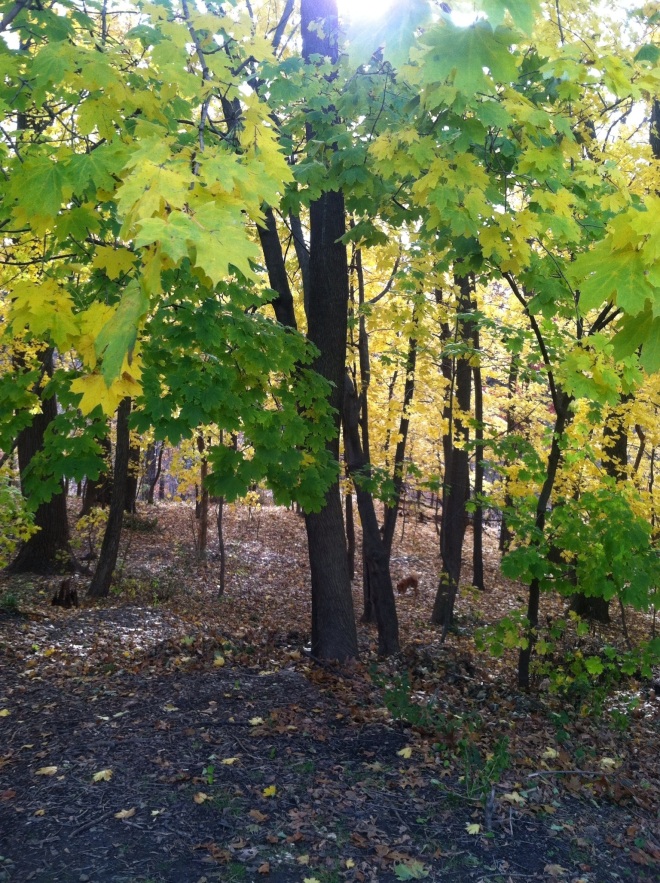 Sandy has awakened the Betty Crocker in me yet again.

I made Snickerdoodles yesterday when we got home here and cinnamon cake at lunchtime. I guess it is indeed a subliminal answer to bread, eggs and milk.

The biggest thing now seems to be chance of a power outage,so the hatches are tied tight and we are concerned about our neighbors who decided to ride it out around Undisclosed….

Here’s hoping we ALL stay safe!

Shingleman is out being a guy at Home Depot. I have the Food Network on for cooking, the girls are gently dozing, breeze is blowing….

Welcome to my recuperation station…aka., Undisclosed, as I kick back and relax!

Sure I am still hacking, but not quite as bad. I am forcing fluids to beat the band, and Zush and Kasia figured out Mom doesn’t feel good. It’s a beautiful day out,I am feeling a little better with less wheeze….