We are sitting around since it is stormy with wind and rain, and watching Moneyball. It is the movies about baseball starring Brad Pitt.

As we live in an area with no baseball, and we are still in mourning for the Philadelphia Phillies who died a few seasons ago, we found ourselves watching this poor replacement for a baseball game.

It doesn’t make things really light here.My mood is matching the weather, and I just can’t seem to shake how tired I feel.I haven’t had the girls out today but once due to the rain.Maybe it’s because I gave my fitbit off.

I sure hope better days are coming. 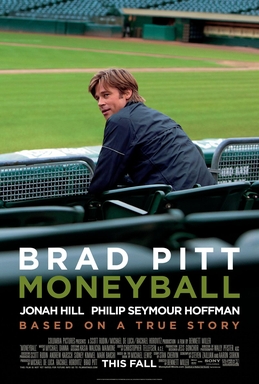 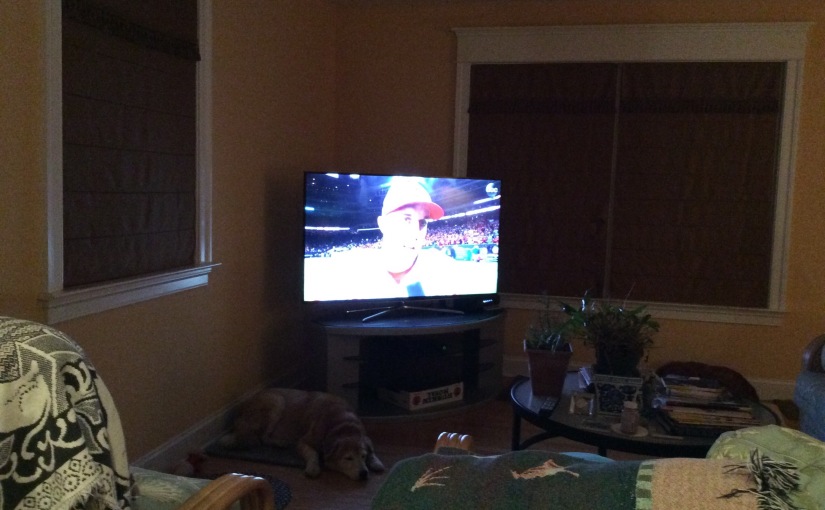 I am actually watching playoff football.

My Philadelphia Eagles have crashed and burned, so I am watching Houston vs. Kansas City. Kansas City has the former Philadelphia coach, and there are a couple of former players that went over with him. Houston’s team is coached by Bill O’Brien.I was following the series on the Houston Texans that was shown on HBO. He also took Joe Paterno’s job when he was let go by the Pennsylvania State University in the wake of the Jerry Sandusky scandal.

It is frustrating when you basically have no team to follow.I mean,even though you no longer are living where your home team is from, be it baseball,football or whatever, I understand the agony of having your team crash and burn:it isn’t pretty…

One of my favorite movies starring Kevin Costner is called “For Love of the Game.”

The premise is that before a baseball game, a long time pitcher for a team gets news that he is going to be traded by the team’s new owners, or the old owner gives him the option he should maybe retire after 20 years in the major league. Kevin Costner goes out and pitches a perfect game, and then retires.

Cole Hamels hasn’t been pitching 20 years, but he had come up through the Phillies farm system.He was the MVP of the 2008 World Series.The 2008 team has fallen apart with only a few players left. Cole’s last two starts were shaky-in fact, he lost.

There has been talk about the possibility of him being traded and post game interviews with him have him being coy about that matter.

Things are so bad with our Phillies, that Jim and I are watching “Mr.Baseball.”

We have found this movie on the MLB channel that they are probably airing due to the weather here on the Mid-Atlantic region. The funny part about this movie is that it is 20 times the hitting that the Phillies seem to currently have.

Tom Selleck is the star of this movie and my guesstimate of the year of this movie would be around 1987.Dennis Heysbert, the guy in the All-State insurance commercials is also in it.We might ac

That’s how bad our baseball situation has become. 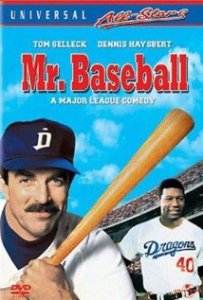 All of a sudden Ryne Sandberg quit as the Philadelphia Phillies manager.

The Phillies originally drafted him in 1978 and he was a class player in his day;in fact he is a hall of fame player. It’s just a shame that the lousy players left couldn’t get their act together for this guy. Reuben Amararo Junior just said that Sandberg should shoulder all the blame, as it is a team action.

Phillies? Last I looked there is no “I” in team.

I grew up in Philadelphia.

The teams were the Flyers, Sixers,,Phillies and Eagles.They are the hockey, basketball, baseball and football teams.

For the last couple of years, the Phillies have been providing the entertainment, having won the 2008 World Series.The following years have been the fan base just hoping despite the amount of major injury to hit key players.Now the tide has changed.The Philadelphia Eagles have a new coach and this is his second year at the helm.Now, all the nay sayers about the Phillies have turned another way- they are looking at Eagles football.This includes me too, unfortunately, because, i my opinion, the Phillies are that bad.

Talk about having your head on a swivel. 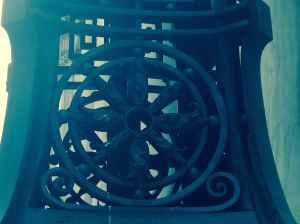 Yes, the sound you heard at the beginning of the baseball season was yours truly falling off of the Philadelphia Phillie bandwagon.

I was on board since 1973,kept fingers crossed whenever they got close, and rejoiced when they won the world series in 1980 and 2008.Even I learned how who is being traded, what teams are in the cellar,watched the local station for the sports round-up.

But not this year.

Don’t get me wrong: the game is on in our house.Jim is watching it, not me.When we go out to our watering hole at Undisclosed, the game is on there, and I admit, I do glance up on occasion, but not like I used to.

The games are no longer fun, The motivation and movement of the players, well, some American Legion teams play better than what the Phillies have put on the field this season.It’s as though I am watching a team that doesn’t even care.They can phone the games in more times than not.

I am ready for football.

I am sitting alone at our breakfast bar.

Jim is asleep on the sofa in front of the Phillies game,the girls are sprawled out on the floor and I am waiting for some wash to finish.

We have grass coming in, although right now it resembles a kind of peach fuzz.Thankfully it is raining right now:Jim was happy as he said it takes up a lot of time to water.I think the long stretch of the week mentally has caught up with us because we would probably be, dogs notwithstanding, cast for the cast of the Walking Dead- we would be pretty good zombies.

Hopefully, we’ll be snapping out of this.Between the juicing and moving around more, we’ll get there-I have faith.

After yesterday’s post about the steroid usage and bans in baseball, don’t my Philadelphia Phillies go and actually win a game 9-6 over the Chicago Cubs last night?

It was bittersweet for me, as I was on the laptop, and Jim kept yelling into me what was going on,and
sadly I didn’t care.They are so far below playing .500 baseball,and the team they were playing was even further below them. For me, it was as if the game didn’t count.

When we were driving up on Sunday night,we listened to sports talk radio, with the Phillies being the major topic. One caller, I feel, summed it up for the best. You get a great team with a shelf life, and after that, the bill must be paid.

Guess we are doing that now.