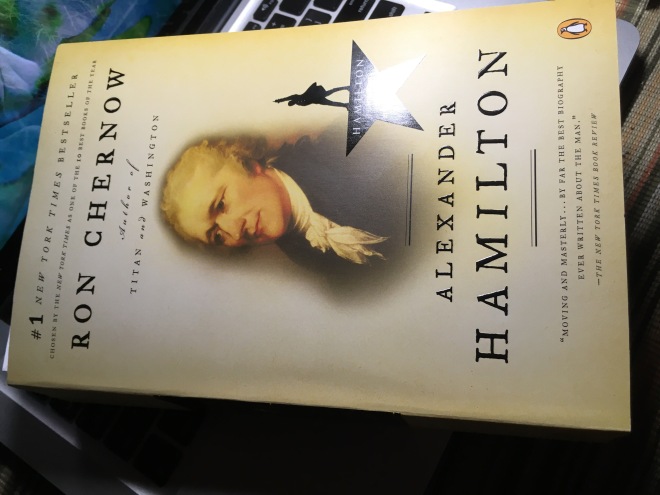 In my current quasi-tech boycott of sorts, I decided to bang my head on the wall, figuratively speaking.

What else would an old American Studies major with two diagnosed cataracts do? I decided, after hearing all the praise about the book that Lin-Manuel Miranda based the musical on, to give this biography a whirl. I also read on line other people in academia who reviewed and gave this book high praise. I figured why not?

I knew the story of Hamilton from my studies, in addition to my time as a park technician at Independence Historical National Park. It had been a while since I sunk my teeth into a book which, allegedly, is so well written. I want to see what all the praise is about. Granted, I had studied Hamilton almost forty years ago, and have seen enough of PBS’s documentary behind the musical, and sing loud and off-key with the soundtrack, but I don’t know. Maybe it was the proposal of actually reading and being away from devices that drew me too it. Maybe it was a concept of reading while I can before the cataracts get so bad.

I’ll keep you posted as to what comes first: me finishing the book or the cataracts having to come out.