So in this oh-so-tony seaside town of Cape May, there is a strange thing going on.

Evidently these people volunteer their time to come en masses to question those who might come to vote but they aren’t on the voting list.There were three until 6pm-now all of a sudden,I kid you not, there are 10.There hasn’t been anyone I lately to vote in a while.

These costal elections are a big throw from the city ones.Maybe someday I ‘ll figure it out. 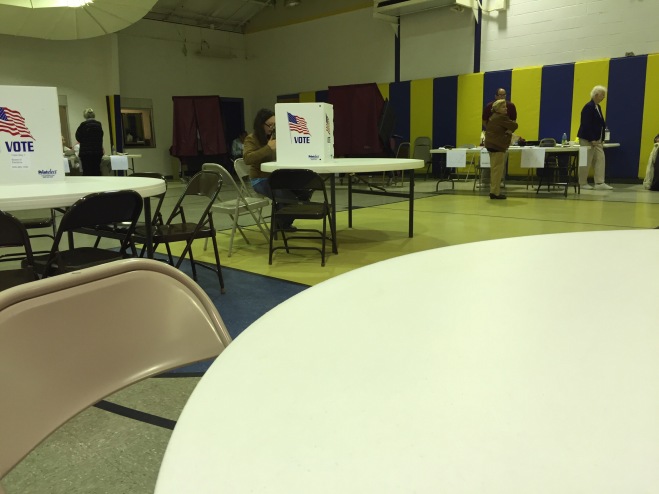 Meet me where the light is